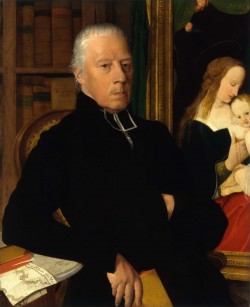 The painter Johann Baptist Bachta (1782-1856) from Koblenz was entrusted with the care of the collection. His successor was the painter Daniel Dienz (1813-1888) and after him Gottlieb Theophil Gassen (1805-1878), who compiled and published the first catalogue of the “Städtische Lang’sche Gemäldesammlung” in 1874.

In 1916, the City of Koblenz took on the foundation of Maria Magdalena Henriette Thekla von Düsseldorf (1824-1916), which was comprised of 277 paintings, prints and photographs and which had been fixed in her will on 20th March 1900 and supplemented on 12th September 1902.

For the thus extended Städtische Lang’sche Sammlung, Adam Günther was appointed director in 1920. To him the museum owes its numerous finds from prehistoric and early historic times. With the help of the local physician Dr. Dr. h.c. Fritz Michel he was able to acquire a large number of sculptures from Koblenz and the Middle-Rhine region. During the Second World War part of the collection was destroyed due to the destruction of the Electoral Palace and more objects were lost while transferring them to Ehrenbreitstein fortress.

As a museum the collection was continually subject to relocation. 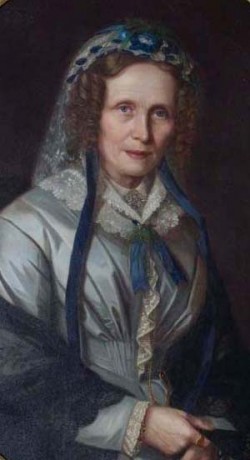 The Middle-Rhine Museum unites over 2,000 years of art and cultural history. The entire collection consists of ca. 1,200 paintings, over 8,000 works of graphic art (including many drawings and water colours), about 250 photographs, 230 sculptures and around 1,000 graphic objects dealing with the topics “travel” and “Middle-Rhine”. Furthermore, there are ca. 700 objects made of stone, wood and metal, over 500 historic coins and medals as well as 345 ceramics. The museum also features an extensive collection of cultural and folkloristic objects, which are from many different groups of materials: glass painting, porcelain, furniture, miniature art, textiles, weights and measurement instruments, militaria, iron casting, candelabra and lamps, cast-iron stoves, fabricated metal, brass and tin objects, metal icons and clocks.

The main focus of our large-dimensioned, nearly 1,700 m² encompassing permanent exhibition of the new Middle-Rhine Museum lies on the collections of paintings, sculptures and applied arts. Following a chronological order, the exhibition halls display a wide range of art works stretching from medieval sculpture to paintings of the Middle Ages, Baroque, Classicism, Romanticism and also include representatives of the Dusseldorf School, Classic Modernism and positions in contemporary art, especially those complexes of works by K.O. Götz, Rissa and Heijo Hangen. Next to the exhibition halls, the inner circuit offers the opportunity to gain insight into aspects of regional art and cultural history. All in all, 400 paintings, 50 sculptures, 60 prints and drawings as well as various craft objects await you.